Academy and Station Waterfront Facilities / New London, CT
How do you build on the water?

On October 29, 2012, Hurricane Sandy, the second-costliest hurricane in U.S. history, raged across the east coast of the United States, causing havoc throughout the region, including Coast Guard facilities all along the Atlantic coast. The U.S. Coast Guard Academy was not spared from Sandy’s wrath, and the aging timber dock work at Jacob’s Rock Causeway and the Main Pier, much of it dating back to 1932, was severely damaged. In an effort to recover from the damage caused by this super-storm, the Coast Guard established a comprehensive program (Hurricane Sandy Recovery) to repair and rebuild facilities and infrastructure. The waterfront repairs and rebuilding at the Academy is part of this significant recovery effort.

The scope of this waterfront repair and rebuilding project included the reconstruction of Jacob’s Rock Causeway and the Main Pier; a 90-foot Main Pier dock extension; the demolition of an existing 1,500 SF white boathouse and the addition of a new 2,300 SF dock turnaround area; the construction of a 1,300 SF storage building; the placement of 1,450 linear feet of rip-rap and 1,475 linear feet of pavement, curb and gutter work along Eagle Drive.

The project also involved improvements to USCG Station New London, including the construction of a floating wave attenuator, the relocation of existing floating docks, and the placement of 105 linear feet of rip-rap for seawall stabilization. 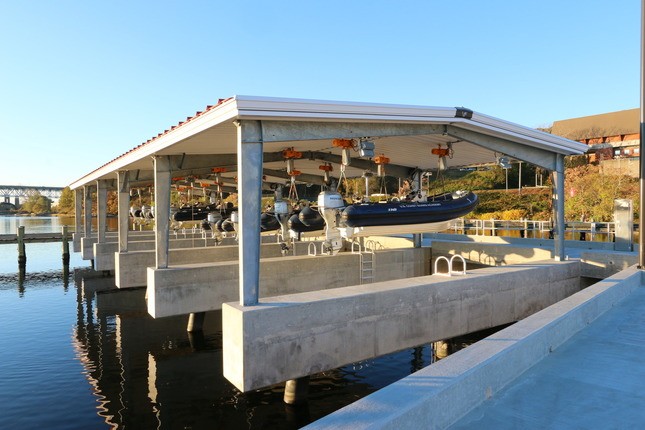 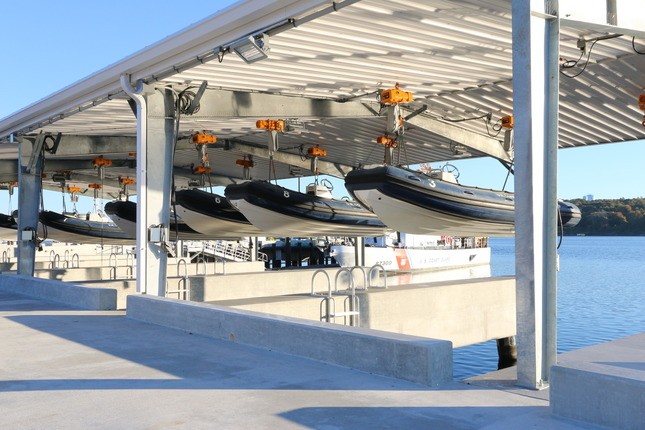 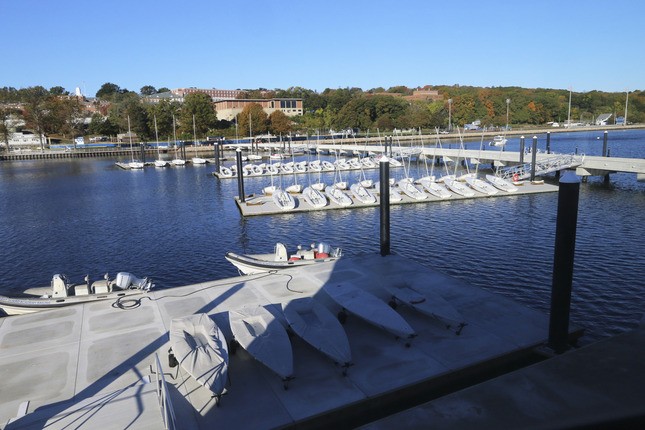 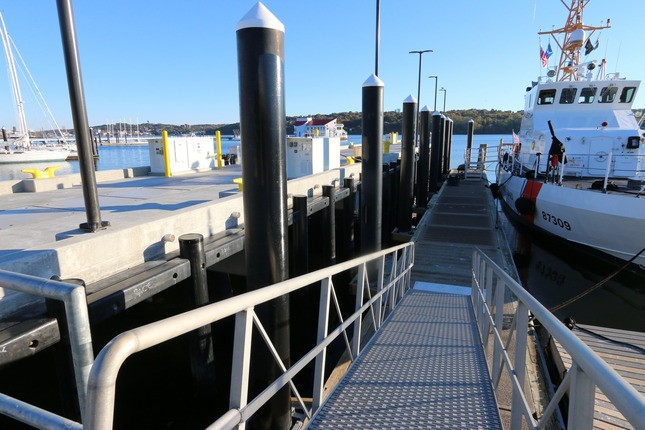