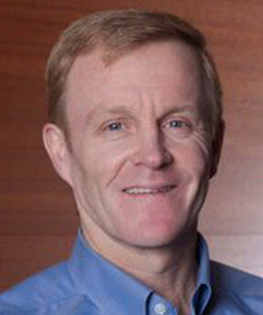 Bringing leadership, dedication and passion to his current position, Greg is Field Operations Manager for our Seattle office. He is responsible for project safety, supervision and coordination of tradespeople and subcontractors, and supervision of Mortenson personnel in the performance of concrete, masonry, carpentry and materials installation, materials expediting, site usage, layout, and general direction of work.

Greg was a leader in the delivery of the Walt Disney Concert Hall; a pioneer in the use of 3-D and 4D technologies in the building construction industry. His role as General Superintendent included the application and integration of technology and the implementation of it in the field. Greg also worked with Stanford University's "CIFE" (Center for Integrated Facility Engineering) and Disney Imagineering to help develop the Commonpoint Software tool used to build the concert hall. He has been a presenter of VDC technology and is closely involved with FIATECH (a consortium focused on bringing the benefits of technology to capital projects and facilities).

Greg provided oversight to the Seattle Seawall Reconstruction project on the Elliott Bay waterfront and oversaw field operations in our Portland office from 2017-2019. Most recently, Greg led the design team and oversight of the Temporary Roof Support (TRS) of the 44-million-pound historical roof of Climate Pledge Arena (formerly Key Arena).

Having worked for Mortenson since 1977, Greg has held many roles with Mortenson including construction executive, superintendent and safety director. Greg is an innovative thinker and a leading member of Mortenson's Technology Development Team. During his tenure, he has traveled extensively, building complex and technical projects in Washington, California, Oregon, Minnesota, Colorado, Idaho, Wisconsin, Michigan, Georgia, Kansas, Iowa and Florida. Prior to moving to Seattle, Greg worked in both Mortenson’s Minneapolis and Energy Group branch offices. Greg has been instrumental in improving Mortenson’s safety program, and he managed the company’s first OSHA Voluntary Protection Program.