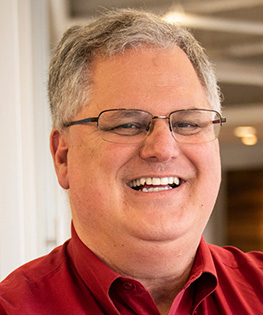 Marvin has been a valued Mortenson team member for over 22 years. He has served in many project and business leadership roles and currently serves as Director of Project Development and Director of Design-Build Services for our Pacific Northwest operations. Marvin has extensive experience with integrated team delivery as a designated Design-Build Institute of America (DBIA) professional. With 42 years of knowledge and experience, Marvin is one of our strongest team leaders delivering success for our customers and project partners on numerous, negotiated, alternative-delivery and design-build projects. He is a detail-oriented manager with a strong commitment to customer service.

Marvin has led project teams on some of our most challenging construction projects, including the Washington State Legislative Building Seismic Upgrade and Historic Rehabilitation following the 2001 Nisqually Earthquake. In 2005, Marvin was awarded the State Historic Preservation Officer’s Annual Award for his achievements in historic preservation on the Legislative Building. Other notable projects include the design-build Oregon Convention Center Hotel (Hyatt Regency Portland), the Seattle Seawall project, the design-build Billings Federal Courthouse, and the historic Nakamura Federal Courthouse. Marvin's work on the Nakamura Federal Courthouse project garnered him a nomination to the General Services Administration's national Construction Excellence Peer team where he continues to serve today. In addition, Marvin volunteers as a national Construction Peer for the Department of Veterans Affairs.

Marvin has served on various committees within the State and the DBIA throughout his career. He also served for many as the Chair of the Architectural Committee for his local homeowners’ association and has been active locally in Habitat For Humanity.

Marvin, his wife Maureen and their Labradoodle (Dutch) live in Olympia, WA. They have three boys: two in college (split household – one Husky, one Coug) and a recent graduate from University of Colorado – Boulder.